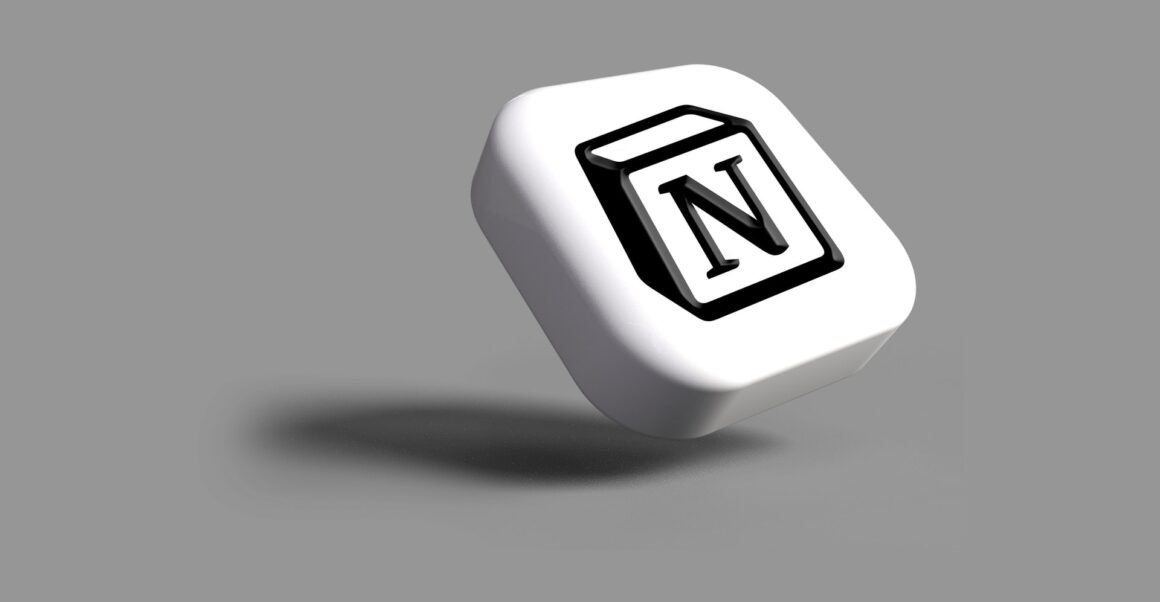 Community-led growth is the newest growth strategy for improving your customer retention and scaling your business. Community development is quickly becoming central to business growth, and startups are beginning to realize they need to invest in community operations early on. By putting community at the center of your flywheel, you’re ensuring the foundation of your business is a collaborative one.

Tribe called in Notion to speak about their community-led growth strategy, and how they successfully empower and support their community members. Tribe spoke with fellow industry expert Ben Lang, the Head of Community over at Notion, for Tribe’s latest webinar, Activating Community-led Growth. Ben has been with Notion since it was a small team of ten employees. Ben is a product builder, angel investor, former founder, and overall dynamic individual. His community strategy has been to foster and facilitate the organic projects taking place within Notion’s online communities. His strategy has paid off, and he’s been able to support a thriving community structure that keeps its members passionately engaged.

Notion is a customizable, knowledge management software, designed to keep every team member in the know. It centralizes your digital office and unloads the metaphorical office cabinet living in your mind. Now all your company’s projects, agendas, documents, and daily tasks can be found in one place, ensuring no employee is left in the dark.

How did Notion’s community get started?

Notion has a unique community story. Notion users love the product so much that they began talking about Notion in other online community spaces unprompted. From Facebook groups to dedicating entire Youtube channels to the company, Notion users are the driving force behind the company’s community strategy.

Notion lets its users dictate how their communities should operate. The team at Notion works closely with their community members, providing different projects and community tools to ensure there’s a sense of belonging and thriving community engagement. It’s an interesting experiment that’s gone quite well for Notion. It proves that if you build a good product, your users might just drive a large portion of your marketing efforts.

This article will walk you through the key insights from Tribe’s latest webinar, Community-led Growth: Lessons from Notion. Tribe users can rewatch the webinar at Tribe’s Campfire Community under Community Insights, along with other previous industry-expert webinars.

Ben Lang brings us behind the curtain over at Notion, and how they successfully activated and continue to support their community-led growth.

Community-led growth is a play on the phrase, product-led growth, which is a typical, go-to-market strategy. But instead of utilizing the company’s product to retain and acquire users, now its product is seamlessly intertwined within the company’s community.

For a community-led growth model to succeed, companies need to turn their customers into their best advocates, or as Ben calls them, superfans. It’s taking the tried-and-true marketing strategy, word-of-mouth, but turning it on its head. Instead of customers talking up your company in the local coffee shop, they’re gathering in online spaces with their peers. It’s an organic way to bring awareness to your company’s products, and it’s your job to support and guide these superfans.

Notion’s community originated solely because of its customers. Notion noticed that several users were creating their own online communities on different social media platforms to gather and talk about all things Notion. Notion capitalized on the trends that were organically taking place within these online groups, and developed strategies around them.

Over time, Notion realized their two main business goals for their community were to drive more users to their product and to foster user education. Notion supports their communities by implementing different tools and strategies to ensure each individual community’s success.

Notion identified themes that were naturally occurring in these online communities and converted them into well-executed strategies. Every community project has derived from within the community itself, and Notion builds on top of them. Notion puts their faith in their superfans and learns how to best support them and guide them successfully. Each of these following strategies has been essential to building Notion’s thriving online community.

The template gallery was one of the first projects that Ben Lang executed for Notion. He noticed early on that users were creating templates for Notion’s online workspace and sharing them with their peers. Notion identified this collaborative trend and offered its support by creating a template gallery located on Notion’s Community Page. Notion encourages its users to share creative information with one another.

Tribe has recognized that customers connecting with each other is one of the key customer support trends of 2022.

Notion noticed that users were eager to organize both in-person and online events to gather around Notion. The company showed its support by providing funding for these user-organized events. Once again, these events were organized from within the community itself, and not by Notion.

Notion did try organizing their own events, but ultimately pivoted away from that tactic. The events didn’t feel as authentic nor as powerful as when they were organized by the community itself.

As previously stated, Notion users initiated their own online communities on different social media platforms. Instead of enforcing a centralized hub or SaaS for their community members, Notion embraced this bottom-up approach. They encourage their users to host online communities wherever they desire.

The result is dozens of different types of community groups hosted all over the world in 50+ languages. There are community member-organized groups on Facebook, Reddit, Twitter, LinkedIn, Slack, Discord, Clubhouse, and other apps and community platforms. Notion has now gone global.

Each community is moderated and run by fellow community members from the ambassador program. It’s a risk that’s paid off well. Notion shares its Principles of Community along with a strong code of conduct to ensure these communities remain kind and informative. Notion does make disclaimers that they do not own these groups, but they lecture best practices, offer recommendations, and dedicate entire support teams to their moderators.

Notion advertises a list of each community group on their site’s Community Page, so it’s easily accessible for new and interested members.

Notion founded an ambassador program to harness the power of their superfans. The ambassadors monitor the online community groups, including Youtube channels, and on and offline events. Notion guides them on best practices for moderating these online groups, and ambassadors must abide by a strong code of conduct.

Notion also rewards its ambassadors with perks and appreciation. The team at Notion keeps a strong relationship with its ambassadors and encourages open communication and feedback in real-time. Notion offers its ambassadors early access to product updates and new features, so they’re always the first to know. Ambassadors have regular events with other ambassadors, including members of Notion’s team.

There’s a long waitlist to join the Ambassador Program. Notion waits until these superfans have proven themselves to be leaders within the online communities before they are accepted into the program.

The ambassadors market their community hubs and continue to scale these groups, much to Notion’s benefit.

Similar to their ambassador program, Notion identified another key component of their community: members looking to monetize their Notion knowledge.

In response, Notion created a Certification Program to assist their users with asset building and becoming experts in all things Notion. Users can now officially become certified with Notion and work as consultants. Companies will hire these consultants to onboard them onto Notion, and to teach them everything they need to know about the product. Some Notion members even make their entire living off working as Notion consultants.

Once again, this idea was driven by the community, and Notion found ways to build on top of that idea and support customer success.

Notion created an annual event series to bring the community together in a more centralized way. It’s a virtual conference with interactive workshops to provide their users with a higher level of Notion knowledge.

Notion created the champions community for their users on Notion’s team enterprise plans. The champions lead their workplace and support their team members. Notion organized this group as a way for members to swap information and tutorials, learn from each other, and be inspired by one another.

If influencers are unfamiliar with Notion, they reach out and offer a free plan to initiate excitement. There’s been a successful network effect, since influencers usually watch other influencers’ content. Overtime, it’s become easier to attract more talent to the sponsorship program.

Notion has dedicated an entire page to community on their website. It advertises everything taking place within its online communities, including how to get involved, a code of conduct, brand guidelines, events, and different community programs.

Dedicate a team to community building

Ben admitted it’s pretty rare and difficult for a small company to hire a community manager. However, Ben emphasizes its importance and recommends outsourcing to fill community roles.

He also recommends looking for superfans currently existing within the online space. Ben got hired by Notion because he started a Notion Facebook group which caught the team’s attention. It’s ideal to onboard an employee that’s already passionate about your company.

Have different goals per project

Ben recommends having different metrics for each community strategy or project. Notion measures each project differently and identifies different goals per project. The template gallery and the ambassador program are measured completely differently, but both programs still feed into the rest of the company.

Embrace the voice of the customer

Notion believes the bottom-up approach contributes to their success. By embracing the voice of the customer, they’ve created a model where users see themselves not just as customers, but as Notion members.

By embracing customers’ ideas and capitalizing off their behaviors and trends, Notion has created a virtuous circle that feeds into every aspect of its growth. Every community project is derived from within the community itself, and Notion’s role is to foster these ideas and bring visibility to them.

Notion is lucky that they tapped into a group of customers that are extremely passionate about their company. By facilitating their customer’s ideas and embracing their voice, they’ve managed to successfully activate a community-led growth model. Community-led growth models can be more than just customer acquisition and onboarding, but can also generate built-in focus groups and develop a unique identifier around their brand. Notion proves that if you build a quality product and invite in collaboration from your customers, you may have a wild success story on your hands. 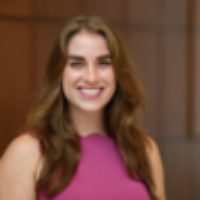 Emma is a digital content writer for the entertainment, travel, and marketing industries. In her spare time, she's traveling the world, meditating, or cruising on her skateboard. 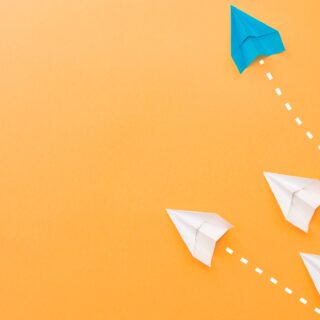 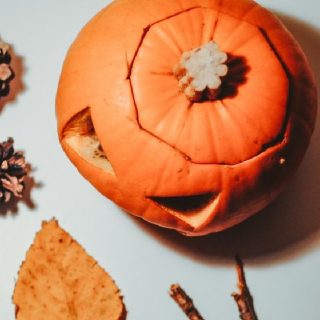 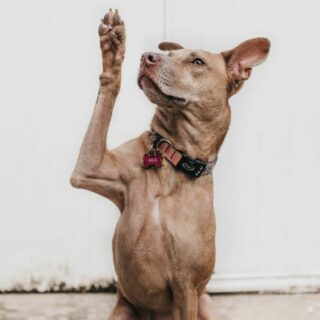 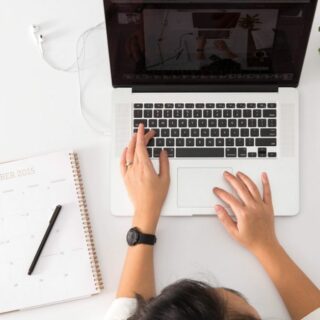